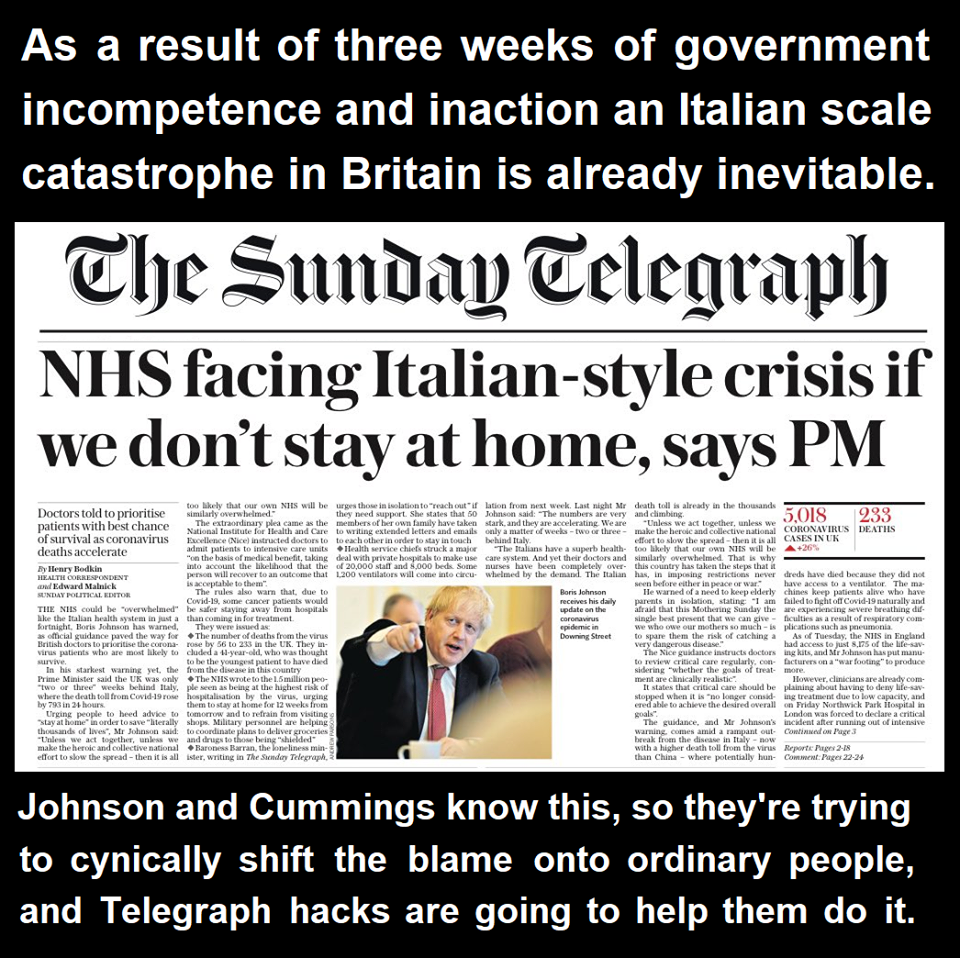 On Friday Italy experience 793 coronavirus deaths in a single day. Their health system is now absolutely inundated under impossible demand.

On March 7th the Italian death toll reached 233, they went into lockdown and emergency measures shortly after.

Our government has just wasted away this vital two weeks, failing to lock down, letting the virus spread unchecked through the population, leaving health service workers with inadequate protection and untested even when displaying symptoms, spaffing away days on the absolute insanity of their 'herd immunity' nonsense, and disproportionately concentrating what efforts they have been making on protecting the assets of the rich!

We're in so much worse trouble than we could have been if they'd acted swiftly and decisively, and they're obviously be casting around for others to blame for their own failure.

It looks a lot like they're gearing up to blame the idiots down the pub on Friday night, rather than the idiot-in-chief who was still arrogantly pushing his extraordinary global consensus defying 'let it spread' strategy just days beforehand, driven by his myopic desperation to keep capitalism functioning as normal for a bit longer.

Time will tell how many thousands he's condemned to death, and how much additional harm he's caused to the UK economy than had he just followed the containment policies of the countries like South Korea, Japan, Singapore, Taiwan (social distancing - testing - quarantine - contact tracing).

Instead he looked at the absolute worst cases unfolding in Italy and Spain and somehow decided to take an even more lax approach than they had!

Another Angry Voice is a "Pay As You Feel" website. You can have access to all of my work for free, or you can choose to make a small donation to help me keep writing. The choice is entirely yours.