Please note that this is an opinion/rant and not fact-based. Don’t use this in an argument. I’m simply venting.

Part I: I began to hate them

I was never a very hateful man; if you would ask anyone who knew me from a young age, they’d describe me as “friendly,” “kind,” and “charming.” It’s still tough for me to know that there are people who simply do not deserve your kindness and gratitude. Showing them any amount of grace or empathy will only result in severe and painful consequences.


I started my first job out of high school; it didn’t pay much, but I was only 18, and it was my first job, so I thought nothing of it. I was somewhat naïve at the time and saw nothing wrong with discussing wages, pay, that sort of thing with employees. It’s only reasonable to compare with others, especially those with various degrees of experience, seniority.


Unfortunately, this was not something that was “work appropriate.” I was incredibly confused by this because I saw no harm in it. It wasn’t where customers could see or hear, and I wasn’t using it as a way to start any sort of discontent or fights. It was simply curiosity. After all, if I’m working for them, I could at least know what I may make if I work there for a few years. Right?


Wrong. I received a write-up and “disciplinary action” for simply asking a question, in my opinion, a relatively harmless one at that.


This is the very beginning of my slow-burn hatred for neoliberal capitalism.


A few months into my first job, and Black Friday rolls around. If you’re unaware of the history or the reason behind the name, here’s a good explanation:


>As the phrase gained national attention in the early 1980s, merchants objecting to the use of a derisive term to refer to one of the most important shopping days of the year suggested an alternative derivation: that retailers traditionally operated at a financial loss for most of the year (January through November) and made their profit during the holiday season, beginning on the day after Thanksgiving.

When this was recorded in the financial records, once-common accounting practices would use red ink to show negative amounts and black ink to show positive amounts. Black Friday, under this theory, is the beginning of the period when retailers would no longer be “in the red” instead of taking in the year’s profits.


I’m generally reserved and don’t want to start shit or disturb people; I don’t like raising my voice or getting very angry offline. I find it incredibly draining.


However, because it’s Black Friday and the shops are in absolute chaos. Invariably there’s at least one person who has to be rushed to the hospital for their injuries; I had to raise my voice a lot and had to deal with people threatening me, shouting at me, and calling me every insult and slur they could muster.


Management stuck to the “customer is always right” nonsense, leaving us open to people playing us like fools. Naturally, the blame somehow was on the employee. I still do not understand this.


I was a cashier but also had to help do some other things. Somewhere amidst all the chaos, I managed to twist and roll my ankle. It was extremely painful and challenging to walk without wanting to cry. My manager’s response? “Oh, it’s not broken, you’re not bleeding, it’s fine.”


So what did I do? I quit. I realized then that this is what neoliberal capitalism does to people. You sacrifice your health and sanity to make a profit that you rarely, if ever, see.


My parents were furious with me at first until they saw my health condition, and then their ire was directed at the management. The petty tyrants who don’t care about anything other than themselves.


I’ve quit jobs many times and have gaps in my résumé because there are several times where my mental health had been so utterly destroyed that I could barely get out of bed and shower because I was that burnt out.


I’ve done many jobs. I worked in kitchens, I worked for UPS and FedEx packing boxes. I worked as a nurse’s aide in a nursing home (depressing as fuck places, take care of your elderly relatives.)


These jobs had one thing in common: they demand too much and don’t pay enough to justify those demands.


At the nursing home, I was expected to do the work of 3 to 4 people for only $9/hr (it’s more now, but at the time, I was lucky to get $9). Very rarely did I get to leave at my scheduled time. I often was pressured into clocking in early. It was very draining work, so I have profound respect for anyone who works in those environments.


Part III: We were promised a future we will never see


If you’re under the age of 40, you’ve probably heard this phrase “back in my day..” or “when I was your age..” from boomers. Very few things test my patience down to the last nanometer like this phrase.


Times have changed a ridiculous amount since the ’70s, even more so depending on how old you are.

Part IV: “Why are all the young people so angry?”

Note: I’m putting aside social and racial politics; for now, this is about work, economics, and work-life balance.


If the minimum wage was adjusted with inflation, it would be $12.06/hr. This isn’t the tipped wage (more on that later), that’s your standard working man’s wage. It’s not the $15 that the liberals are gunning for, but it’s sure a lot better than what we have now.


>“but the $15/hr for cashiers will increase the prices!”


The rise of self-checkout machines has not decreased the prices, so I’m not entirely convinced that’s how it works.


>“Nobody wants to work anymore!”


Wrong, nobody wants to work for you anymore. If you, as an employer, are having difficulty finding employees, try asking yourself these questions:

If you’re only offering part-time positions but capping their hours at 25~30 hours per week, not paying them any benefits, and your wages aren’t keeping up with the cost of living and inflation. The problem isn’t that people don’t want to work; people want to feed and clothe themselves and their families. I know, how radical!


You can’t be surprised when people quit when you exploit and abuse them, gaslight them into not knowing their rights and taint the culture where overworking yourself is some sort of flex. You don’t get to be surprised why so many young people are angry and rebelling. Minimum pay = minimum effort; that’s how it works.


If you pay your employees a fair wage, treat them fairly, and magically they stick around. Wow! What a novel concept.


It’s interesting how all this talk about racism and “White people bad” started after the Occupy Wall Street movement. It’s even more interesting how now it’s become more of a “flex” for some people (primarily men) to brag about how many hours they’ve worked. “Oh you’re only working 30 hours, I’ve worked 70” is not something to boast about; it’s actually very concerning.


I’m just so fucking tired of this hellscape, and there seems to be no escaping from it. I work 2 part-time jobs, save my money carefully, and if I moved out on my own, I’d have to depend on the government for things like food, healthcare, heat (it gets cold in Minnesota), and air conditioning, and that’s only for a single room 2 towns over. I am fortunate to live in a state where I have healthcare provided by the state government; I don’t have to pay a couple hundred dollars for the medications I require to survive. I know that my ER visits are covered should anything terrible happen. That is not the norm. I know that I’m lucky, and dare I say even privileged to have that be the case for me.


Here’s what you can (and should) take away from this. 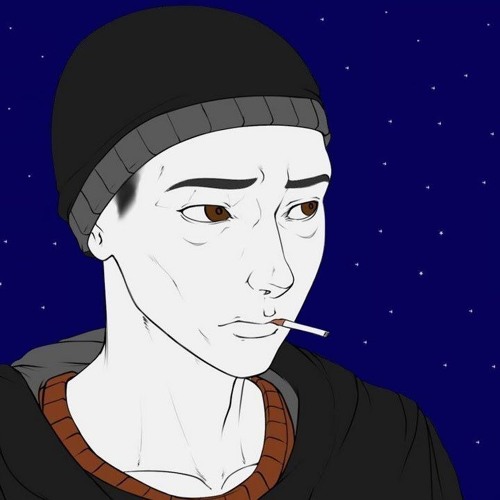