The call for boycott #Israel elections is much more then a symbolic protest against the built-in racism of every aspect of #Israel politics. boycott is a strategic position that confronts the very nature of the Zionist institutions, procedures and electorate. electorate is the most crucial property of any elections. to understand the root anti-democratic nature of #Israel electorate, we should go back to the #Nakba and the partition of #Palestine 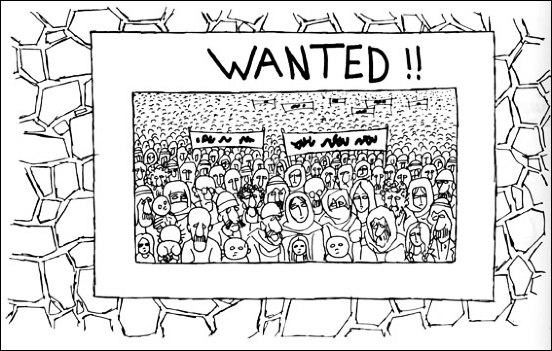 The #Nakba, the mass destruction of Palestinian communities by #Zionist forces, took part between 1947 and 1949. 700,000 Palestinians were expelled from their country. only 200,000 were left to be a “minority” in their occupied homeland.(most of) the Palestinian residents of 48 territories have the formal right to vote but are never able to have any significant effect in the #Zionist parliament, AKA the #Knesset

In many ways, the #Nakba was never ended, it is still ongoing as the refugees are still expelled from their lands and the efforts continue to destroy more and more Palestinian communities, in the #Naqab, #Jaleel or the #west-bank. together with the ongoing #Nakba, there are ongoing efforts to secure the “Jewish majority” of the so called democracy, both in terms of numbers (law of return, denying family reunification), and in terms of political views that are banned by law and court. the Palestinian population that lives in #Gaza and the #West-bank are denied from any participation in the elections, a fact that is accepted by all #Zionist parties. Instead, they are supposed to vote for the “Palestinian Authority” that does not represent most of the Palestinian people and is virtually a regional entity with hardly symbolic independence as defined in the Oslo agreements.

the Israeli electorate have control over all #Palestine. It includes every #Jewish person in every part of #Palestine, it is also open to every single Jewish person in the world. at the same time, the Israeli electorate only includes the Palestinians in 48 territories. The Palestinian masses are banned from any legal political power. the Palestinian representatives in the #Knesset do have the power to support one #Zionist party against others, giving their votes to the same ongoing #Nakba that denies them any other power, giving #Israel the stamp of “Democracy” that it uses to whitewash it’s racism and war crimes.

The Palestinian masses from the river to the sea, together with the refugees, do need practical ways to express their voices and to effect the day-to-day issues of there existence. such effect can only be achieved by clear strategy of struggle that aim to politically unite the Palestinian masses in all #Palestine, into one anti-colonialist mass movement, a liberation movements, that has elected institutions to lead the struggle, not to “rule” under the occupation. A clear joint strategy is needed, that confronts racism in any part of #Palestine and does not sacrifice the basic elements of democratic struggle for the sake of illusions like the elections under occupation in the west bank or like “fight from within” in the inherently racist #Knesset