Try the latest GIMP in any distro

So this article is for you :)

¡This is not a tutorial on how to get the latest stable version of GIMP!

I’m skipping this because even using Personal Packages Archives (created by the community) you will still be slightly behind the latest builds. Nevertheless there are many tutorials on the web pointing to https://launchpad.net/~otto-kesselgulasch/+archive/ubuntu/gimp (for ubuntu) PPA where you will find Ubuntu source packages to be built and published as an apt repository by Launchpad.

Amazing way to get your software via this universal app format. Flatpak makes it easy to install software by bundling all the necessary dependencies as part of the app you are trying to get, in this case GIMP. And you can even install plugins there by placing them under:

well.. almost all of them because G’MIC still does not run under flatpak due to the lack of QT support which is a requirement for G’MIC plugin. Moreover you will still be slightly behind the development if your purpose is to just try and latest and help with testing, filing bugs etc..

There is an AppImage that is built on CentOS 7, using a custom Docker container that provides all the required up-to-date dependencies. The whole build process is automated with Travis CI. A cron job is scheduled to run on a weekly basis and builds the git HEAD version of BABL/GEGL/GIMP. The updated AppImage package is automatically uploaded to the continuous release page. Ding Ding! You can now test easily a very recent version of GIMP and G’MIC works as well as the other plugins! And all these while having still your stable GIMP version installed side by side ;) Repository by aferrero2707

You will now see a folder with name : squashfs-root. You can run GIMP from there by: 3.1 Making sure that the file has permission to be executed $ chmod a+x AppRun 3.2 Double clicking in it

For example for G’MIC download the latest version from their website and copy the gmic_gimp_qt in the above location.

I have re-introduced the AppImage packages that bundle several GIMP plug-ins, because several people have asked for them. It is still possible to install and update the plug-ins separately, as explained [here] (GIMP AppImage plug-ins moved to a separate repository 16). In this case they will take precedence over the bundled ones.

Oh and of course you can also help by donating to the GIMP project:

Check the status of the CI build

Appimage is already in the AppImageHub 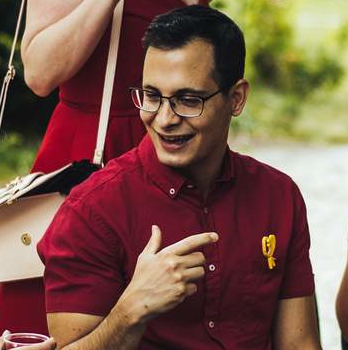